Phoenix-area housing may be on the mend 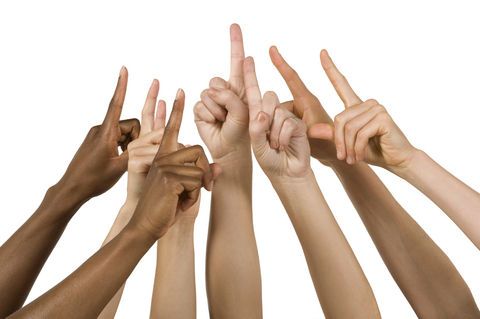 All signs indicate recovery is under way, experts say

Data from the end of 2011 suggest that a housing-market recovery has begun in metro Phoenix.

The upswing in the market will surprise many because it comes less than five months after the region's existing-home prices fell to their lowest level since 1999. But even at last year's low point in August, when the median home price fell to $112,000, many market indicators pointed to an increase in the area's home prices by year-end. Now, it appears they were right.

The median price of a metro Phoenix home rose to $120,000 in December, its highest level since November 2010, according to the Information Market, a real-estate data firm. That was the first December since 2005 that the region's median price didn't drop.

The number of home sales in 2011 climbed to their highest level since the housing market's peak in 2006. Foreclosures fell to their lowest level since 2008. And the number of Phoenix-area homes listed for sale has dropped to a figure not seen since 2005, indicating demand is finally exceeding supply. This is a complete turnaround from 2007, when the housing crash started and cheap foreclosure homes flooded the market while buyers were few.

Now, investors are snatching up both foreclosure and short-sale houses at a record pace. Regular buyers, who need a mortgage to purchase a home, are having a hard time competing with cash-paying investors.

"The housing market definitely saw the bottom in August or September of last year," said Mike Orr, new director of the Center for Real Estate Theory and Practice at the W.P. Carey School of Business at Arizona State University.

He continues as publisher of the "Cromford Report," an online daily real-estate market analysis. "I talked to 200 Realtors the other day, and almost all were much more positive about Phoenix's housing market then they were just two months ago."

Experts agree on roughly what a healthy market looks like: The number of home listings holds steady, and sales keep pace. Foreclosures are few, and median sales prices inch up steadily, but not so quickly that they become volatile.

The end of 2011 began to look more like that ideal than it has in recent years.

Home sales climbed to almost 95,000 in 2011, a near-record for annual resales in metro Phoenix.

During the boom, annual sales climbed above 150,000, although more than 60,000 of those deals were for new homes. Now, new-home sales are averaging about 600 a month.

Arizona homebuilding analyst R.L. Brown said the construction of new houses won't pick up until the supply of inexpensive foreclosure homes dries up. New homebuilding could increase this year if foreclosures continue to slow.

Foreclosures started to climb in late 2007 and peaked in 2010 at almost 50,000. Last year, the number of homes taken back by lenders fell by 16 percent from the year before. Pre-foreclosures steadily fell in 2011, so foreclosures could fall again this year.

It has been a year of ups and downs for the region's housing market, making it more difficult to predict or time a recovery.

One month, home sales were down and prices were up, while the next month foreclosures might tick up as home sales climbed.

The market has also reverted to being driven largely by location. A house in north Phoenix might go for the asking price, while a house farther out in Queen Creek or Buckeye might sell in a short sale for half of what the owner owed.

Phoenix real-estate agent Brett Barry with HomeSmart thinks "lenders are just kicking the can down the road," drawing out the foreclosure process so the market looks better than it is actually doing.

"Any stabilization in 2011 is a temporary bottom," he said. "Banks are now letting many owners miss 24 to 36 payments before finally foreclosing. This is a sea change as these homes don't appear on any radar screens until they do foreclose."

He thinks those potential foreclosures will drive down prices more.

Early in 2011, the Arizona Regional Multiple Listing Service's pending- sales index showed metro Phoenix's median home price would fall to $100,000. It didn't drop that much, although it did fall to $112,000 after hovering around $115,000 for the first six months of last year.

But now that the region's median is climbing up, foreclosures and listings are down and sales are at a nearly record pace, a growing number of real-estate analysts say the market recovery has started.

"Six months ago, we saw a drop in prices coming. But based on other indicators, it was obviously going to be temporary," said Tom Ruff, analyst with the Information Market. "Now, we are finally seeing year-over-year gains in pricing and sales. The housing market's recovery is on track."