AzCentral reporting Housing is in the last phase of 'bubble,' expert says

Is housing finally in the last phase of the 'bubble'? 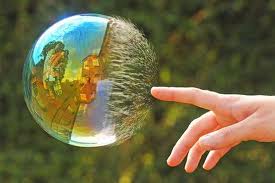 "Revulsion," as in many people are averse to the very product that got the nation in trouble in the first place.

Sood was the lead speaker at the Scottsdale-based Land Advisors' third annual housing forecast for the Phoenix area, presented to a group of the region's top real-estate executives.

He was quick to point out that revulsion was the last phase in the "bubble" cycle before recovery for the region's housing market.

He said if Land Advisors would have asked him to speak about Phoenix's housing market in the years between 2006-10, everyone attending would have needed a shot of bourbon to make it through his negative evaluations and projections.

This week, Sood said he felt more positive about Phoenix's housing market and its oncoming recovery than he did about many other parts of the country.

That's something that made the executive sitting next to me smile with relief. This is the same man who brought in a Corona at the start of the 3 p.m conference because he thought he would need it to get through another negative forecast.

Sood's evolution of the housing bubble includes these cycles:

A change in the mortgage business and upgrades in technology during the 1990s made it easier to make and obtain loans.

In 2002, home prices started to climb, though most people were more concerned about dot.com stocks.

By 2004, housing euphoria had begun, and home prices were soaring.

Then, in 2005-06, came the explosion of the housing market. One later speaker said that's when "anyone who could fog a mirror with their breath could get a mortgage to buy a home."

In 2007-08, the painful market reversal hit. Some had expected it, but few were prepared for its carnage.

The financial crisis followed in 2008-09. It continues to shake the world.

And the current situation: revulsion. Sood said many people now are distrustful and averse to housing.

But, he said, the next and, one hopes, the last phase of housing bubble will be the recovery.

None of them believes full recovery will come in 2012. But most agree it could start next year and be in full swing by 2014.

Reach the reporter at catherine.reagor@arizonarepublic.com.